The Philippines still one of the greatest mission field today a lot of people still living in darkness.out of more than 100 million population approximately 10 percent were Christians including baptist Christians.mission field in big cities requires a bigger financial supports for missionaries comparing to provinces.in a big cities like manila people there got more an opportunities of employment and incomes in daily,weekly and monthly but comparing to provinces most people are farmers and fishermen, some have their own business and employees got their salaries in monthly basis.giving in provinces especially poor rural communities are very poor.so we got to consider the status of giving and missions based from different sources of financial income.however there are no excuses for being a missionaries not to go where God wants them to gothe demand of the Gospel to be preach anywhere. 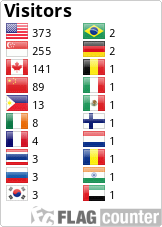